this is the record that bret, pete, and i did in the late 90s.

i found an old cassette demo that we recorded with current user back in….1992? something like that. i digitized it and threw a little compression on it. the oxide on the tape is a little pitted in some places, so there are dropouts, but it’s cool to listen to this stuff after so many years. no protools, no computers. 8 track tascam 388 mixed to cassette. one of my brother’s wishes was that more of his “superfine bass lines” would be shared more broadly with the world, so this is a good start.

and here is i can see clearly now

did this one with tony on july 2. there is some cool stuff in there, a melodica, this weird slavic-looking banjo thing whose name escapes me, and this casio: 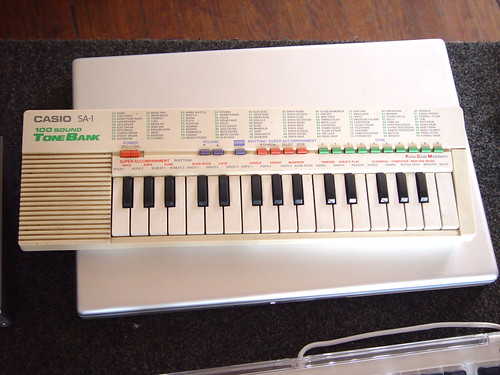 i am pretty excited that my podcast feed seems to be working again. so if you are subscribed in itunes or have it in your rss browser, the tuneage should be flowing again.

this next one i did with tony at new bellevue. june 26. all these are unfinished works in progress.

here we are cutting the track (that seventies organ behind tony is featured heavily): 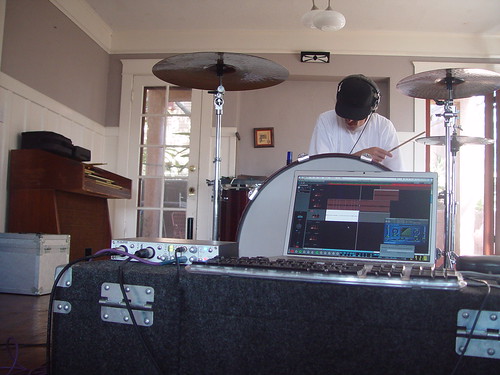 i recorded a few songs while i was here. i am going to make separate posts to see if i can get my music feed working. first up june 15.

my old steinway and the vibe of ojai have transported me to some vague distant past that never happened, with warren zevon, waddy wachtel , and some 70’s california rockers taking a last toot, draining the lime daquiris, throwing their hands up in the air, declaring connectedness-bankruptcy, untethering from the intarwabs, and going AFK until further notice. i did some investigation yesterday into the cost of satellite broadband in an area of costa rica i am thinking about spending some time in, and this song may turn out prophetic. 😉 listen to it on headphones if at all possible, i put a little ear candy in there.

here is AFK. (thanks bret for the title).

as always, this file is subject to change, and is a mix in progress.

my mind will be clear
my attention here
focussed on now

UPDATE: I PULLED THE VIDEO TO RECUT IT. SHOULD BE BACK UP SOON.
i finished the video of phil and i flying out of oakland and barnstorming various bay area landmarks. i think it turned out pretty cool. you get to see a lot of the places that the boate visited from a completely different perspective.

the song is a rough sketch i was working on about this time last year. i guess that means i am still working on it 🙂 .

(putting together a sequence like this without first striping it with some music andÃ‚Â  cutting to the tempo is useless for me).